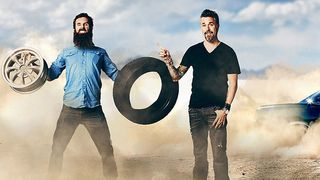 Viewers of Sky and Now TV will lose access to the Discovery portfolio of channels on Wednesday, following a very public falling out between the two companies.

Discovery has said it will pull all its channels from Sky's services unless Sky agrees to its terms for a new deal. Sky is refusing to compromise, calling the terms unfair.

Discovery - whose channels include Discovery, TLC, Animal Planet and Eurosport - claims it is being paid less by Sky than it was 10 years ago, despite adding new channels, investing more in original content and growing viewing figures.

According to Reuters, a Sky source said: "We have been overpaying Discovery for years and are not going to anymore."

Discovery has set up a campaign on its website - complete with a clock counting down the hours until its channels disappear - imploring viewers to petition Sky. "Our portfolio of 13 channels cater to a wide range of personal tastes and interests from adventure, natural history, science and sports to extraordinary people, families, weddings, and true crime," it says in a statement. "All we ask is that Sky pays a fair value for the shows and channels that you love."

On its website, Sky claims that Discovery asked for "close to £1bn" for its portfolio of channels, "many of which are in decline". Sky claims its offer to pay hundreds of millions was rejected by Discovery.

"Sadly, we have now had to prepare for Discovery to take their channels away from Sky customers," Sky says. "If Discovery don't want their channels to disappear, as their public campaign suggests, they could have made arrangements to stay, including free to air with advertising funding or with their own subscription, but they've chosen not to do so."

Sky called Discovery's demands "completely unrealistic", saying that many of its channels are "linear-only where demand is falling". Discovery claims more than 5.5m people watch its channels on the Sky platforms. But Sky's focus is now leaning more towards on-demand content, as evidenced by Sky Q.

Sky's CEO Jeremy Darroch went a step further, adding: "They are not hitting the big shows that people expect and pay for. I can't think of a Discovery show in our top 100 shows."

Discovery's channels aren't found on TalkTalk TV either, after the two had a similar - though much less public - falling out last year.

We're not going to pick sides in this debate. But one thing is clear - the viewers will ultimately lose out.

MORE: Here are the new features coming to Sky Q in 2017