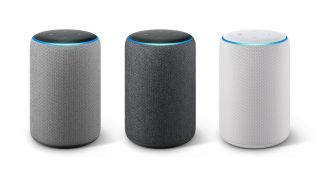 Amazon is currently offering savings across several of its Alexa-powered smart Echo and Fire devices, so if you're looking for a last-minute Valentine's present (now that the Super Bowl is done and dusted) you may want to head over to Amazon.com.

Because what says "I love you" better than the gifting of a smart speaker? (Don't answer that.)

These are all 'limited time' deals running until Valentine's Day.

Amazon Echo 2nd gen $69.99 The new Amazon Echo 2 is cheaper, looks smarter and is better at hearing your commands,  remaining a good buy for someone after Alexa functionality and a sound better than what's offered by the Echo Dot.View Deal

Amazon Echo Spot $99.99 You might want your smart speaker to have a screen, of course - which is where the Echo Spot comes in. The Spot is a small, round speaker that looks like a clock, with the same built-in voice assistant and functionality of the Echo Dot. View Deal

Amazon Echo Show $179.99 The Echo Show expands upon the Spot with a larger touchscreen and introduces a unique feature: video and voice calling so you can call people with an Echo or who have downloaded the Alexa app.View Deal

Amazon Fire TV Cube $79.99 A fusion of the Amazon Echo speaker and Fire TV stick, the Cube plugs into your TV via HDMI, giving you access to the range of apps and streaming services as well as voice smarts and a speaker.View Deal