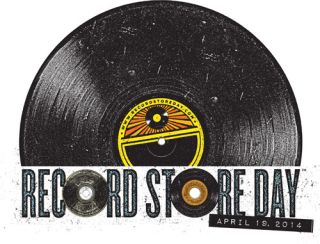 The countdown to Record Store Day 2014 is well under-way, with more than 600 exclusive vinyl and CD releases now confirmed and over 200 UK stores set to take part.

Record Store Day takes place on April 19th this year and acts as a celebration of independent record shops, with a focus on special edition vinyl releases.

The idea, which began in the US in 2007 but is now very much part of the UK landscape, with live appearances and competitions alongside the special releases – and What Hi-Fi? will be getting in on the act this year with a week of related features.

Also getting involved is Richer Sounds, with a competition that will see 4 winners each take home a pair of Sennheiser Momentum headphones, and one lucky punter win a brand new hi-fi system from Cambridge Audio and Pro-Ject worth over £1400.

Over 240 record shops across UK and Ireland are scheduled to take part on April 19th, with the event hoping to fuel the ongoing vinyl revival, which saw vinyl sales double in 2013. In 2013, 12% of all vinyl sold in the UK was sold on Record Store Day.

This year's releases include special editions, box sets, live albums, 7in and 12in records, CDs, special gifts and more.

Record Store Day UK co-ordinator Spencer Hickman said: "When I held the first Record Store Day in the UK seven years ago I never dreamt that the event would grow so huge.

"From having five shops take part in the first year with no products – to today where we have 240 shops and over 600 exclusive releases. It is testament to their enduring quality– the people who work in them, the customers that shop in them and the amazing music to which that they have introduced generations of people.”

"It is a reflection of people’s love for music and vinyl that make this day so successful and the growth in the number of stores taking part is testament to its popularity with the music buying public of all ages."

In the mean time, check out our complete list of Record Store Day 2014 UK releases...