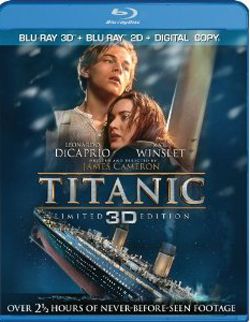 The Titanic boxset includes 2D and 3D Blu-ray discs, and is offered with Panasonic's 2012 Blu-ray players, Blu-ray home theatre systems and Blu-ray recorders. The specific models included in the promotion are:

In addition to the Titanic boxset, buyers will also continue get Avatar in both 2D and 3D Blu-ray versions as part of a joint bundle.

Visit the Panasonic website for further details. The promotion runs from August 2nd to December 31st 2012, while stocks last. The Titanic Blu-ray set is redeeemable from September 10th.