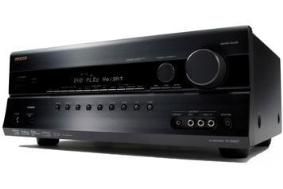 And the company retained its position as the country's biggest-selling AV receiver brand. More than a quarter of all home cinema receivers sold in the UK last year were Onkyos.

The TX-SR607 was the first receiver launched in the UK with Dolby Pro-Logic IIz, and the company is giving a preview of its latest range at this weekend's Bristol Sound & Vision show.

The company is also set to launch its first HDMI 1.4-capable receivers, supporting 3D pass-through and Audio Return Channel, in the next few months.