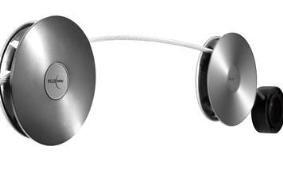 The new LED Series combines aircraft-grade cables and aluminium alloy components to create an easy-to-install mount system able to mount TVs flat on the wall, while a kickstand allows easy access for wiring up the set.

OmniMount says that the system hangs TVs just like a picture frame, with the TV standing less than 2cm off the wall, and the use of special grips avoids panel-shifting.