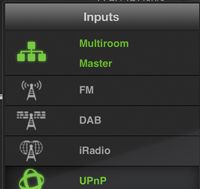 As well as launching the new UnitiQute 2 here at the Munich High End Show, Naim has announced a range of upgrades delivering features for its servers and network music players in response to customer demand, and its own Internet radio station, Naim Radio.

New for the company's streaming products – the Uniti and ND ranges – is firmware version 3.21. To be available early in June, along with an update n-Stream control app and new updater software for PC and Mac, v3.21 will add two much-asked-for features: Multiroom Party Mode and Seek2Time.

Multiroom Party Mode, as the name suggests, allows multiple Uniti or ND devices to be synchronised to play the same music in several rooms at once, with master volume and track selection controlled from the updated n-Stream app.

Naim says that ' By far the main request from customers was to have the capability for two rooms with a few requesting a third room. Naim’s Party mode allows a maximum of five rooms.'

By designating one unit as the master player, the same content from UPnP, USB/iPod or internet radio can be streamed across the network to the slave devices in 320kbps MP3.

Meanwhile Seek 2 Time will allow users to move to a selected point in a piece of music as required, and will work with all lossless formats including WAV, FLAC and Apple Lossless.

The new server firmware, v1.7, will enable users of the HDX and UnitiServe to rip to FLAC as well as the existing WAV, convert their entire collection or specific albums already stored in WAV to FLAC, and create shadow MP3 versions of albums, for example for use in car or portable players.

It will also allow users to update shares automatically, expose internet radio to client players without this capability for playback on those clients, and force clients to use their highest possible output format if audto UPnP negotiation fails.

The upgrades will be available from Naim retailers, or via downloadablle ISO files to create CDs to be played in the servers.

Finally, Naim is launching its own internet streaming station, Naim Radio, delivering content at 320kbps MP3. It will feature content from the Naim Label, with the promise of more to come, and is currently being bandwidth tested before final release as part of the Naim's Choice option on the company's network products. If you don't have a Naim network player, you can sample the service here.