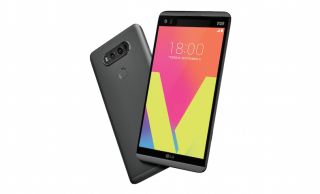 Following hot on the heels of the LG G5 with Hi-Fi Plus DAC, LG is turning its attention to high-quality audio once again with its new smartphone, the LG V20.

The phone features a new Quad DAC. Not to be confused with Quad, the hi-fi manufacturer, this DAC has been developed with ESS Technology and Robert Blair, CEO of ESS, says: “As a technology more typically available in high-end audio equipment, Quad DAC on the LG V20 will make users feel as if they are carrying around a professional home audio system on their smartphone."

Like the LG G5 phone, the LG V20 has also been designed in conjunction with B&O. But, instead of getting a modular B&O DAC to tag onto the phone, the V20 comes complete with a pair of B&O Play H3 in-ear headphones.

Other specs of the V20 include a 5.7in IPS display with 2560 x 1440 resolution, Snapdragon 820 processor, fingerprint scanner, 4GB of RAM, a 16MP rear camera and 5MP front-facing camera. It also claims to be the world's first phone to ship with the Android 7.0 Nougat operating system.