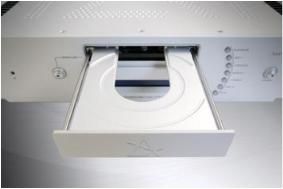 Now known as the Leema Acoustics Antila IIS, jitter on the player is said to be halved to around 40pS at 1kHz, further improving the audio performance.

As with the previous Antila II upgrade, this one is retrofittable so existing Antila owners can upgrade their existing players to the new spec.

The Antila IIS, like its predecessor, is fitted with 20 24-bit/192kHz multi-bit Delta-Sigma DACs, and is fully compliant with Leema's Intelligent Protocol System (LIPS), allowing a press of the play button to power up connected Leema amps from standby and automatically select the CD input.

There are single optical and coaxial digital outputs,as well as analogue audio outs.