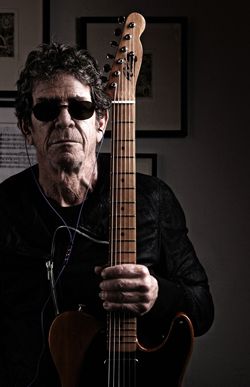 Klipsch has teamed up with The Velvet Underground star to create a limited edition run of 2000 Lou Reed X10i in-ear headphones. The original X10i was the Best in-ear headphone £140+ in our 2011 Awards.

"I have been a fan of Klipsch products for eons," says Reed. "With Klipsch's help, my dream headphone will soon be available to all of my fans – a serious model for the serious listener."

The Lou Reed Signature Audio Edition X10i (to give it its full name) features an echo-cancellation microphone for crystal-clear phone conversations using the built-in mic, and there's a three-button remote to handle music playback from your iDevice.

Reed's signature appears on the remote, and the headphones are finished in purple with copper accents. Owners also get an autograph card.

They're available now for £299.99 from the Klipsch website and Apple stores.