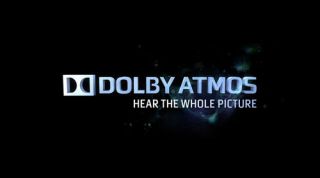 A wide range of Sony Pictures Home Entertainment (SPHE) films with Dolby Atmos soundtracks will be released “over the coming years”, including Sony’s first films to be released on 4K Ultra HD Blu-ray.

The films confirmed to get the Atmos and 4K Ultra HD treatment are The Amazing Spider-Man 2, Salt, Hancock, Chappie, Pineapple Express and The Smurfs 2, with more films to be announced throughout 2016.

Sony and Dolby have already agreed to release Dolby Vision 4K Ultra HD films in both streaming and physical formats. These can only be viewed on Dolby Vision TVs, of which a few new models have been announced at CES 2016, including the LG Signature 65OLEDG6.

The 4K Ultra HD Dolby Atmos discs however will only rely on a 4K Ultra HD Blu-ray player, of which several have been announced this week, including models from Panasonic and Samsung.