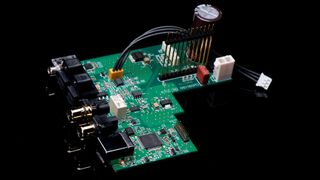 Cyrus has today announced a new QXR digital interface, a ‘significant’ DAC/headphone amplifier upgrade for any one of its integrated amplifiers and preamplifiers from the last decade.

Cyrus has worked hard to reduce noise in the circuit, and the headphone amplifier (capable of 138mW per channel into 16ohm loads) has been improved, too.

Cyrus claims the QXR offers a 'major uplift' in sonic performance, saying that even customers who already have the QX DAC fitted to their product will hear a vast improvement.

Those wishing to upgrade their products will need to register, after which they’ll be able to join the upgrade queue and await instructions on how to return their products to Cyrus.

It will also be available to buy new in Cyrus’ 6 DAC QXR, 82DAC QXR and Pre2DAC QXR products.