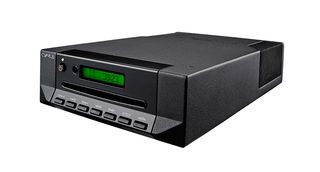 For as long as we care to remember, Cyrus has hardly put a foot wrong with its CD players - in fact, it wouldn't be an exaggeration to say its track record has been phenomenal.

We're hugely impressed with the CD i and are confident you won't find a more entertaining, more revealing player without spending closer to £1500. For its dynamic expression, rhythmic ability and, above all, ability to entertain, the CD i holds on to its Award.

The model number might have changed, but the gong for our favourite more affordable CD player still goes to Marantz.

It is without question a superior disc player, majoring in detail, dynamics and attack without getting carried away or overexcited.

Raising the price was a risky move, but thanks to the CD6006, Marantz remains the master of the budget CD player.