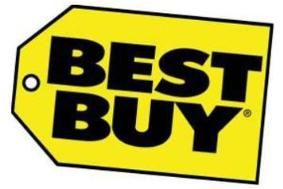 That's according to the latest report from Best Buy, which commissioned the research into the nation's technology needs and habits.

While 84% of us claim to enjoy learning about new technologies, one in four of the people surveyed still feel that technology is alien to them.

As a nation, we're becoming increasingly reliant on technology in a number of ways, from how we entertain ourselves, to where we store our most precious possessions and the ways in which we communicate with our families.

Half of the survey's respondents admitted to texting or emailing someone while in the same house, with 69% of under-25s admitting to doing so.

Changing habits in the home
These texts and emails range from announcing their arrival at home, asking a family member to put the kettle on or even flirting with a loved one in the next room!

Apparently women are more ilkely to use these digital forms of communication in the home than men (53% vs 46%).

And families are now 40% more likely to argue about digital storage space than who is using the landline phone.

Unsurprisingly, the area in which technology is most enhancing our quality of life is in the sphere of entertainment. One in five of us are now watching films online, and nearly two thirds are regularly surfing the internet in the company of others.

That said, it's not just older people who worry about being left behind; nearly one in three people aged 18-24 share this concern.

Read our 'Next Big Thing' blog