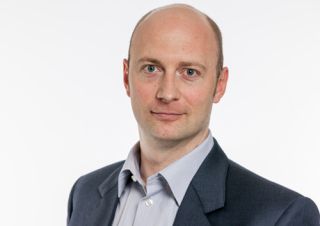 BBC R&D controller Matthew Postgate has been named new chief technology officer at the corporation; and appointment that will come into effect from 28th July.

Postgate's new post will make him responsible for delivering the BBC's technology strategy and also includes the management of its broadcast infrastructure.

In his current role as R&D controller, Postgate has overseen a number of teams that work to innovate – and this has included trial Ultra HD 4K TV broadcasts.

The BBC is trialling 4K TV broadcasts from the World Cup in Brazil through internet protocol (IP) and digital terrestrial television (DTT) platforms this summer.

And it will be showcasing live Ultra HD 4K TV broadcasts of "certain elements" of the 2014 Commonwealth Games, which start later this month in Glasgow.

Speaking after his appointment, Postgate said: "It’s been a huge honour for me to lead a number of teams within BBC Future Media.

"[The team] are the best in the business and leaders in their field, just look at the World Cup UHD trials, but opportunities like this are rare and I didn’t want it to pass me by."