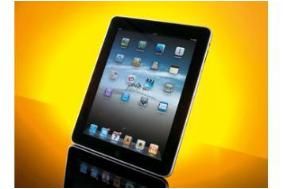 iPad sales reached one million over the weekend, just 28 days after the device went on sale in America.

It took 74 days from launch for the iPhone to achieve the same level of sales.

The first batch of iPad users have downloaded 12 million apps since it became available in the US on April 3rd. They also downloaded 1.5 million books from the iTunes store.

Huge demand in America has led to the UK launch of the iPad being delayed until the end of this month.

We'll have a full review of the Apple iPad in the June 2010 issue of What Hi-Fi? Sound and Vision, on sale tomorrow (May 5th).