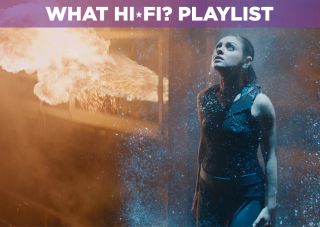 Jupiter Ascending is a film only the Wachowskis could have made. Nobody gives spiritual hokum as much credence as they do.

Ascending sees Mila Kunis’s Jupiter, a Russian immigrant who cleans toilets for a living, targeted by the space-faring Abrasax siblings Balem, Titus and Kalique (Eddie Redmayne, Douglas Booth and Tuppence Middleton), each with their own plan for her.

The Abrasax clan seed worlds and harvest them, turning the population into a commodity to keep the (galactic) wheels of commerce churning. Jupiter, though, is the reincarnation of their mother and holds the key to the universe’s most valuable resource: Earth. But as she’s about to be terminated, the half-lycan albino soldier Caine (Channing Tatum) comes to her rescue.

It’s an utterly daft plot that gives the The Matrix duo free rein to indulge their creative wishes with spectacular chases, inventive technology and mumbo jumbo about genetic splicing that sees Sean Bean’s military officer cast as a man with the DNA of a bee.

It’s space camp – and no one personifies that more than Redmayne’s Balem, employing a hoary whisper before shouting very loudly.

Booth and Middleton are restrained in comparison, the former a charming cad, the latter a superior presence who effortlessly glides through her scenes.

Kunis’s Jupiter is always being rescued and Tatum broods for much of the film. There’s less fun to be had with the main leads than with the colourful Abrasax family.

The problems don’t stop there. The stereotypical characters and story won’t win awards for being fresh. Pacing becomes a problem as the movie thunders to its extremely loud climax - and in building a mythology, it has enough exposition for three films. Attempts at levity come across as a little stiff and forced too.

It is, at least, impeccably designed - and this disc is reference quality. The visuals are stunning, the digital cinematography razor sharp and packed full of fine detail. The sound design is terrific too, as sounds clang and whoosh with a full-bodied intensity, and Michael Giacchino’s operatic score is one of his best.*

Jupiter Ascending could become a cult classic, adored by a few, disliked by many. It’s a ludicrous, entertaining riff on Cinderella – in Space! Check your cynicism at the door and there’s much silliness to enjoy.

*A previous version of this review referred to the UK disc lacking Dolby Atmos. The UK disc does have an Atmos soundtrack.