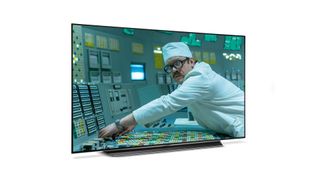 If you're considering upgrading your TV, you're probably eyeing-up a move to OLED and quite possibly waiting patiently for Black Friday in the hope that it will make doing so more financially viable.

But should you really buy an OLED TV on Black Friday? Based on previous years the answer is, broadly, yes - although you shouldn't simply click 'buy' on any OLED during Black Friday and assume you're getting a great TV at a great price.

Instead, you should do your research, create a shortlist of models, set yourself a price limit and keep an eye out for the right prices to appear. If they don't, don't panic buy: you'll be living with this TV for years, so it's important that you get the right model at the right price. And we're here to help on both counts.

Which OLED TV should you buy on Black Friday?

Hands-down, our favourite OLED TV around right now is the LG C9, which comes in 55in, 65in and 77in sizes. The really exciting news is that LG is already being really aggressive with pricing of the C9 and has a good track record with Black Friday discounts.

The 55in C9 (the OLED55C9PLA at most retailers and OLED55C9MLB at Currys) launched at £2500/$2500 but is already down to £1499 / $1500, and we'd be very surprised if it didn't fall even further for Black Friday. For what it's worth, its predecessor had a healthy discount during Black Friday 2018 and then shot back up in price, suggesting that this year you should pounce if the C9's price drops.

It's also worth pointing out that the C9's predecessor, the C8, is actually still available. The C9 is undeniably better and the price difference at the time of writing isn't huge, but if LG decided to finally offload the last C8s with a particularly low Black Friday price, it would be well worth buying. It's more than a match for most TVs from other manufacturers.

Below you'll see up to date pricing on both the C9 and C8.

The C9 obviously isn't the only model in LG's 2019 TV range, but we do think it's the best as it's the most affordable model that boasts all of the company's best picture technology.

That said, if you want a model with the same picture performance but better sound, you might be interested in the E9, which comes in 55in and 65in sizes. Frankly, we'd suggest buying the C9 and adding a soundbar, but if you're determined to rely on your new TV's integrated speakers or simply find the E9 at a crazy-low price, you should go for it.

Equally, if you're willing to accept some last-gen picture processing tech for an extra discount, the B9 is well worth considering.

Up to date pricing on both the E9 and B9 is below.

The best current OLED that isn't an LG is the Panasonic GZ950B. Its picture performance isn't quite as good as that of the LG C9, but its close. It also sounds better and supports both Dolby Vision and HDR10+, while LG's OLEDs lack the latter.

Ultimately, if the two TVs are priced the same or the LG is cheaper, it's the LG we'd recommend, but if you find the Panasonic for less, it's an excellent buy.

The most obvious candidate is the Hisense H55O8BUK, which was already good value at the £1299 review price and could become a bit of a bargain, particularly if it drops below £1000.

There are plenty of other OLEDs out there that we've not already mentioned, but we feel that those that we have are the best Black Friday performance-per-pound candidates.

That said, if you find the Philips OLED804 or Sony AG9 for an LG C9-rivalling price, it's worth warming up your credit card. Equally, if you're determined to buy an OLED but can't stretch above a grand, keep an eye on the Philips OLED754 which, in 55in guise, is already down to £1099.