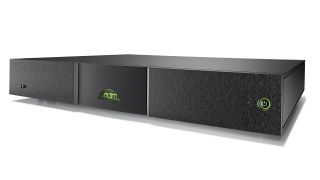 It feels as though we’ve now accepted streaming and welcomed it into the hi-fi community. Fears were real, and often founded, that it would replace physical media to detrimental effect, offering up inferior performance in return for perceived convenience.

In many ways, though, it has helped us fall in love again with those cumbersome old discs; being able to throw music from your palm to your speakers can be wonderful, but our desire to fall for an album’s cover and actually hold our music has far from been quelled.

That speaks for vinyl more than CD, of course, with the latter’s sales dropping dramatically over recent years. But that doesn’t have to make for wholly miserable reading: more likely it is the rise and ubiquity of CD-quality streaming, not to mention the ever-increasing range of hi-res options, that mean you don’t actually need the silver disc any more for comparable sound. But how and why cassette tapes have risen again in popularity we’re still struggling to fathom.

So yes, you can have it all. That’s why this piece is titled ‘How to add a streamer to your existing hi-fi system’, and not ‘How to replace it’ or ‘How to get the best price for your CD player on eBay’.

There’s a short answer, of course, which would be to read some of our music streamer reviews around your budget, make a choice and plug in. But, as ever, there are more important things than money when it comes to getting the best sound and feature set for you.

And what do we mean by a music streamer? It’s any component that allows you to play music wirelessly – using a streaming-service app and/or network storage device – to your hi-fi system.

Many of them work with Bluetooth as well, but that’s not really what we’re talking about here; we want this device to use our home network rather than sending music directly from a smartphone, tablet or computer. This way we have the potential for even better sound and greater flexibility.

If multi-room is your bag, whether you have a system or not, then there are also plenty of ways to bring a traditional hi-fi set-up into your house-wide system. The big hitters usually have a solution, and that includes our two Award-winning multi-room families in the shape of Audio Pro and Sonos.

This is where we’d point anyone already with a hi-fi system but yet to invite a wireless family into their home.

Audio Pro is the cheaper of these two favourites, and in terms of its standalone speakers will offer the best sound quality elsewhere around the house.

The conduit for tethering it to your offline system, and streaming music through it, is called the Link 1. It’s a fairly basic proposition; similar to the now discontinued Google Chromecast Audio in terms of physical features, but sounds just about as good as you’re going to get from a £100 streamer.

For Sonos’s equivalent, the Port (£99), you’ll have to raise your budget, but those favouring its speakers or who are already fully immersed in the company’s eco-system will enjoy a more mature, hi-fi-like performance. There is also the Sonos Amp, which can be a fine option for those who want their streamer to drive a pair of speakers in a hi-fi set-up or even a home cinema system, provided you add other Sonos speakers for surround channels.

While such a set-up wouldn’t be capable enough to sway home cinema purists, it would certainly produce a more engaging, immersive sound than most premium soundbars we’ve heard.

These aren’t traditional, dedicated hi-fi streamers – though even the idea of any streamer being considered ‘traditional’ at this point might seem a tad obscure – but there is a multi-room brand currently manufacturing one of the most capable streamers you can currently buy for less than half a grand. That’s Bluesound, with its impressive Node 2i.

Entering the realm of hi-fi

It’s at this point we begin purring over the kind of sound a streamer can make.

The Node 2i, which had no wholesale changes from the make up of the original, absolutely puts its predecessor to shame.

Timing and dynamics are areas in which streamers can struggle when compared with similarly priced sources playing physical media, but Bluesound really ties everything together such that it doesn’t sound out of place, even in capable mid-priced systems – and it really makes use of its hi-res compatibility.

But the Node 2i isn’t even the best budget streamer we’ve heard. That title is currently held by Audiolab’s understated but hugely capable 6000N Play (£449, pictured above). Don’t be fooled by its lack of display, this is as sophisticated a streamer as we’ve come across at anywhere near this price.

It has a wonderfully clean and clear presentation, one that makes even the talented Node 2i sound a touch soft and blurred in comparison. You can add excellent resolution and the ability to render dynamics shifts well to the plus points, alongside build quality that would impress at double the price.

Rather than develop its own control software, Audiolab has chosen to use DTS Play-Fi. This not only has the advantage of being proven but also opens up multi-room capability that means the Audiolab can be used alongside products from other manufacturers that also feature the DTS software.

If you’re after an amplifier as well as a streamer, ideally in one box, you should really have a look at the Marantz PM7000N. It looks just like the company’s Award-winning PM6006 UK stereo amplifier to our eyes, but packs in a hugely capable streaming module and excellent connectivity in the package. This unit is priced at £999, though you can find it for less if you look around – and for that price, it’s a truly tempting proposition.

It is from here we begin rising through the ranks – and if you want something that sounds better than an Audiolab 6000N Play, you’re looking at spending a fair bit more.

Cambridge’s CXN (V2) music streamer (£799) has long been one of our favourites at the mid-range price point. At this price, it represents excellent value.

If your budget stretches further, NAD has proven its streaming skills with the new C658 streamer (£1499, pictured above), which should come as no surprise to anyone who knows the very close ties between it and Bluesound. The C658 is a wonderfully musical performer that digs up plenty of detail and delivers it in an easygoing but still entertaining manner.

Add a generous spec list and decent build into the equation and there’s little to complain about here. Further up the chain is Naim’s ND5 XS 2 (£2299), a cousin to our reference ND 555/555 PS DR music streamer but a fraction of the cost.

It’s from here onwards where performance starts becoming the main focus. Naim has even gone as far as deleting a display so that it wouldn’t have to compromise on the ND5’s internal circuitry, just to meet the price point. The lack of a display isn’t as big a deal as it may appear, as the unit is controlled by an app that can be viewed on a phone or a tablet. Either of these devices has a vastly crisper and more informative display than that fitted to any streamer.

When it comes to performance, this is what your audio enthusiast would describe as ‘proper hi-fi’ – marvellously detailed and incredibly precise in terms of sound quality. We’d challenge even the greatest sceptic to guess the music was coming from the ether.

We mention these products because they are simply the best music streamers currently available in terms of value, before the sums become somewhat eye-watering, and because they could slot into any well balanced and comparably talented systems. But let’s not forget that a streamer is just like any source, and so can be flawed in all the same ways.

That means you’ll need to think beyond the streamer itself. If your current set-up is particularly lively, or easy to provoke in any area, you’ll need to think seriously about system matching. What’s more, there may be a streamer we haven’t considered to be a five-star product – in the sense it isn’t quite an all-rounder – but that, for your particular needs, could be a much better fit than the top-scorers.

So, as ever, this is a case of careful selection and plenty of auditions at your local hi-fi dealership. Don’t read ‘best all-rounder’ as best for everybody.

There are, of course, a number of musts when it comes to introducing a new streamer to your hi-fi system.

First and second on the list are where you place it and how you wire it in.

Again, just because there’s nothing spinning inside or on top of this kind of source, it doesn’t change the fact that it will perform to the best of its ability only when offered proper support and some high-quality interconnects.

Most options will be able to connect to your home network via wi-fi, which is mighty convenient; but we would always suggest wiring your streamer in by its ethernet port where possible. It will simply be more stable, offering greater bandwidth, thus improving performance and avoiding buffering issues.

After that, you’re free to enjoy the music. In truth, the list of considerations when choosing a streamer is the same as with any other hi-fi component, but the key take-away is that, whatever your situation, there is one for you.