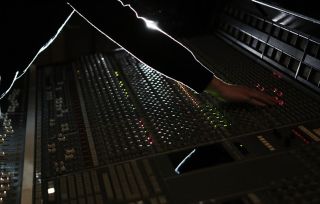 Words you never thought you’d hear in connection with hi-fi equipment and music formats: “The industry working together to support artists’ desires to give their fans the best possible listening experience”. And here are a few more: “A unified effort with none of the format-war undertones of the past”.

It takes a technology as remarkable as new music format MQA to inspire statements such as these, which came from Mike Jbara earlier this year. Mike is CEO of MQA, but he’s also a 20-year veteran of Warner Music Group, and a major music industry figure. He’s far from the only one in the music and electronics industries inspired to bring MQA’s sound quality to the widest possible audience.

Related: MQA: How origami delivers the true sound of the studio

Warner Music (home to Madonna, Ed Sheeran, Coldplay and hundreds of other household names) was the first major label to throw its weight behind MQA. “MQA makes high-resolution music easy to stream… music fans will love it when they hear it,” said CEO and Chairman of Warner’s Atlantic Records division Craig Kallman this time last year.

Since then, Universal Music Group (which includes Virgin, Island, Geffen, Def Jam, Capitol and plenty more besides) has announced its support: “MQA doesn’t ask music fans to compromise on sound quality for convenience,” acknowledges UMG Vice President Michael Nash. And there are other equally significant labels, various in size but similar in prestige, poised to get behind MQA too. Recent additions to MQA’s list of backers include Sony Music and Merlin, which you might not have heard of but represents over 700 independent labels from over 40 countries, while fans of classical music will nod appreciatively at the inclusion of Spanish label Eudora.

The mastering community is getting involved as well – LA-based The Bakery, responsible for mastering the audio on projects as diverse as La La Land and Green Day, is in too.

How to get MQA

In terms of available content, then, MQA has you covered. And it’s a similar story when it comes to finding and streaming MQA music.

Initially available on the TIDAL desktop app, TIDAL’s top-tier Masters subscription offers thousands of albums in authentic studio-quality sound thanks to MQA. One useful way to see what’s new and notable is to look at the rather brilliant weekly Masters playlist. A glance at the current, 39-song list shows up great new tracks from Gorillaz, Neil Young, Conor Oberst, The Doors, The Flaming Lips, The Jesus and Mary Chain… you get the idea.

You’ll also find support for MQA at live music specialist nugs.net, while audiophile media players like Audirvana and Amarra, which allows listeners to get audiophile-friendly quality from their local music files as well as streaming services, are also converts.

So the recordings are all there. The delivery system is in place. And there are numerous electronics companies, operating in all areas of the market, equipped to bring the full force of MQA to you. From mainstream leviathans such as Technics, Pioneer, NAD, AudioQuest and Bluesound to acknowledged high-end specialists such as Meridian, Bel Canto and Brinkmann, the range of products able to unwrap the elegant origami MQA package and deliver the sound of the studio to you is expanding all the time.

To have united all of these companies and artists in a common cause is a staggering achievement. And it’s all come about thanks to that desire to not only remove the compromises inherent to streamed music, but to make streamed music the best sound you’ve ever heard.