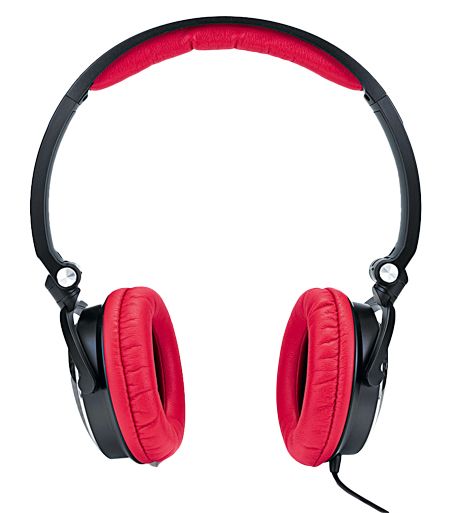 Another solid showing from Phiaton – the MS300s deserve careful consideration

Our first encounter with Phiaton (a division of Korean behemoth Cresyn Co Ltd) came last September when we reviewed the MS400s.

Given how well they went, it seemed only reasonable to try out the smaller, more affordable but visually near-identical 300s.

Compact, light and comfortable
These are one of the most compact on-ear designs we've tested and, as the use of carbon-fibre in the earcups promises, they're lightweight.

They're comfortable too, even after an extended period on the head, and they grip well enough to make outdoor use entirely viable.

It helps that the captive cable is narrow and doesn't transmit extraneous noise, and that the closed-back design works well in isolating the user from noise and preventing sound leakage.

Less helpful is the lack of an in-line remote or microphone; you'll have to make your own mind up about the single, fairly sudden, bright red finish.

Plugged into an iPod Touch and with an Apple Lossless file of Tony Bennett's Who Can I Turn To (When Nobody Needs Me)? the MS300s sing in a natural, unforced (if rather small-scale) voice.

The sweeping strings enjoy a nice balance, with enough bite to stop them becoming sickly sweet, and the top of the frequency range attacks resolutely without ever suggesting hardness or glare.

The song's bass notes have depth and structure, reasonable tonal variation, and they're weighty without becoming overbearing. Integration and separation are both good.

A switch to the rather more down-market charms of The White Stripes' You're Pretty Good Looking (For a Girl) confirms all of the MS300s' strengths while being rather more candid about their few weaknesses.

They're not above getting a little carried away with attacking material, too, and that's a trait that's properly emphasised as you wind in a bit more volume – drive and attack can become bellicose, shouting rather too easily.

Volume also shifts the midrange (the 300s' favourite area of the frequency range) right to the front, whether the recording demands it or not.

We don't want to suggest the MS300s are badly compromised, though. If you've the strength of personality to wear a red pair of cans, and as long as you're not the type of person who listens at top volume all the time, you'll find these little, light and comfy Phiatons are game companions either indoors or out.