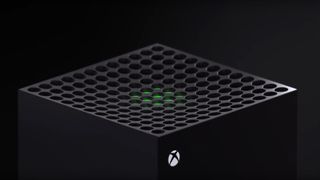 The Xbox Series X's price is virtually the one missing detail around the launch of Microsoft's next-gen console, but it may just have been revealed... if the leak from a retail insider is to be believed.

An online store screenshot sent to a gaming journalist on Twitter shows the Xbox Series X with a fairly staggering, but quite conceivable, $599 price tag (which roughly converts to AU$899).

If true, that would put Microsoft's big gaming hope right at the top of the expected price bracket, leaving plenty of space for the Xbox Series S and, more importantly, the PS5 to undercut it.

The $599 leak comes from gaming journalist Alanah Pearce, who was reportedly sent the screenshot by a retail insider. The quality of Pearce's source cannot be confirmed, mind you; indeed, it may just have been a placeholder with a guessed price.

Both Sony and Microsoft have, quite rightly, been seemingly playing a game of chicken when it comes to revealing the price of their next-gen consoles. With neither company spilling the beans just yet, the world waits to see which will blink first.

The comparatively cheaper PS4 significantly outsold the Xbox at the last console launch, making both companies all too well aware of the pitfalls of being undercut for price in the 2020 re-run.

It's fully expected that both the optical disc-playing PS5 and Xbox Series X will be the most expensive consoles we've seen so far from Sony and Microsoft, but until now most analysts had simply spoken about them breaking the $500 barrier for the first time.

While this leak goes well beyond that, it certainly underlines why both companies have opted for second, cheaper versions which would perhaps sit closer to $400, the price at which Xbox One X was at until recently removed from sale.

Stay tuned for the big reveal. There seems only a few weeks left to wait.