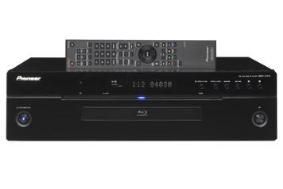 In its latest report on the state of the consumer electronics market in the US, the CEA predicts shipments of Blu-ray players will reach nearly six million this year.

Prices are expected to drop as low as $100 for the cheapest models by Christmas, but revenues from sales are still expected to top $1bn, an increase of 48 per cent over 2008.

Flatscreen TVs remain the key revenue driver in the States, making up 15 per cent of overall CE sales, with LCD models remaining the most popular with sales by volume up 24 per cent. But as prices drop, so have total TV revenues, down six per cent to $24bn.

"The consumer electronics market is not impervious to the economic downturn, but remains resilient compared to other industries," says CEA President Gary Shapiro.