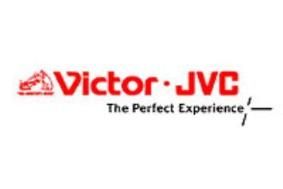 "As a result of integrating management of JVC and Kenwood (collectively, “both companies”), JVC Kenwood HD was established as the joint holding company and listed as of October 1, 2008 on the First Section of the Tokyo Stock Exchange.

JVC Kenwood HD became the wholly owning parent that holds 100 per cent of JVC and Kenwood shares, both of which have become unlisted operating companies.

The purpose is to pass on part of the rights and obligations of their Car Electronics business and of their equities administration business for several subsidiaries to J&K Technologies Corp. (J&K Technologies), a joint venture of both companies.

The goal is to quickly maximise synergies in the Car Electronics business, from which JVC Kenwood HD expects the greatest synergies in this management integration.

Read below how we reported the original story back in May...

After some months of speculation in the Japanese business press, JVC and Kenwood have announced a merger under a new company, JVC Kenwood Holdings, Inc..

The move, subject to approval next month by the shareholders of the two, follows the establishment last year of J&K Technologies, pooling the resources of the two to develop car electronics and home/portable audio.

It's hoped the new company will be able to reap considerable economies in joint development, procurement, manufacturing, sales and management: both companies reported losses in their most recent financial statements.

The joint statement says that one of the reasons the merger is needed is the growing complexity of products, and the need for increased capital investment and software development resources to keep pace with what is an ever more networked and interoperable consumer electronics landscape.

Another reason is the increased competition from China, Korea and Taiwan, which has led to problems of product differentiation and lower prices – a clear reference to the flatscreen TV market. The arrival of competitors from other industries, such as the IT sector, has also put pressure on established AV manufacturing companies.

The new company will have a strong presence in the in-car entertainment sector, and also aims for a four-fold increase in its shipments of navigation systems between now on 2011, when it plans to be making 10 million car audio products and a million sat-nav systems.

And in the home market it sees itself distancing itself from the cut-throat cut-price flatscreen market, but above all aiming to taking itself beyond its current four main business sectors – car electronics, video cameras, professional products and entertainment - via the development of an 'unconventional' fifth product area.

All sounds very mysterious, as does the vision for the new company: "Katayaburi wo katachi ni", or "Realise the unconventional."

The joint statement explains it like this: "Through tight integration of both companies' expertise in image, sound, and wireless technologies, we will aim to create an 'unconventional' new business that will become a leader in the digital/network age."

Convergence is clearly very much on the agenda.