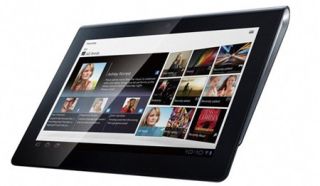 Sony's Tablet S, unveiled last week at IFA in Berlin, will go on sale in the UK at Dixons from September 23rd, from £400. Preorders are being taken now.

Unlike its book-like sibling the Tablet P, the S features a 9.4in 1280 x 768px TruBlack screen, designed for on-the-go entertainment demands.

Also on the spec sheet is an NVIDIA Tegra 2 dual-core processor and front and rear HD cameras, all tied together by the Android 3.1 Honeycomb OS (operating system).

The 16GB and 32GB wi-fi models will set you back £400 and £500 respectively, while the 16GB wi-fi/3G model will also cost £500, placing it firmly in line with Apple’s market-dominating iPad 2 alternative.