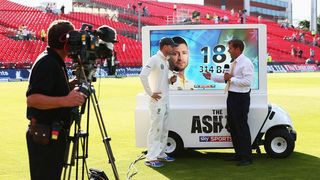 Under the terms of the CAT ruling issued yesterday [5th November], BSkyB now has to allow BT to offer its flagship sports channels – four years after regulatory authority Ofcom issued a similar ruling to benefit consumers.

BSkyB has continued to contest that Ofcom ruling, however, sparking a long-running legal battle over the "wholesale must-offer obligation" (WMO). CAT will now consider more evidence, before issuing a further ruling.

Ofcom chief executive Ed Richards said: "[The] ruling paves the way for more top sports to be available on another TV service and supports competition and innovation in the communications sector as we originally intended."

A BT spokesperson said: "This remedy remains essential to address the significant competition concerns with Sky's supply of its channels. We look forward to being able to offer these channels to our YouView customers very shortly."

A Sky spokesperson, however, said: "[The] judgment is a purely interim measure with no impact on the ongoing legal process or the CAT's previous dismissal of Ofcom's core argument in favour of WMO."

Meanwhile, Sky has revealed it has invested $7m(USD) in Whistle Sports – a sports-focused, cross-platform network that offers a library of videos covering sports such as basketball, baseball and American Football.

The two companies are now planning to work in partnership to create "exciting new content for younger sports fans", with Whistle Sports currently registering more than 8.3 million subscribers and over 1.25 billion views.

MORE: Read all our Sky reviews and news