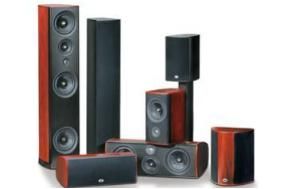 We first saw the Synchrony range at the 2007 CEDIA Expo in Denver last year, but they'll now be arriving in the UK from February 2009.

Full details of the Synchrony range can be found in our previous story. All models will be distributed in the UK by Armour Home Electronics.

The Bristol Sound & Vision Show will take place at the Marriott Hotel in Castle Street from February 20th to February 22nd 2009.