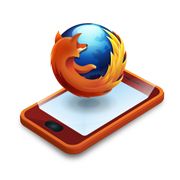 Mozilla, the software community behind the Firefox web browser and Thunderbird mail client, has announced the roll-out of its Firefox operating system for smartphones – and major phone manufacturers including LG, Alcatel and ZTE are already signed up to make devices using the OS, with Chinese mobile giant Huawei due to join in later this year.

17 mobile carriers are already onboard, including Deustche Telekom, Three, Japan's KDDI, Korea Telecom, Telefonica (which has operations in Brazil, Colombia, Spain and Venezuela) and US-based Sprint.

The new phones will be based around the Qualcomm Snapdragon processor, and offer the user the choice of downloading apps or simply using them without download on a one-off basis.

The company already has major app providers including Facebook, Twitter, EA Games, Disney Mobile Games, eBay and others signed up, and the phones will offer what Mozilla calls 'all the things people need from a smartphone out of the box – calls, messaging, email, camera and more – as well as the things you wish a smartphone offered.'

These include 'built-in cost controls, social features, location-based services, much-loved features like the Firefox Web browser, new ability to discover one-time use and downloadable apps, Firefox Marketplace and much more.'

'With the support of our vibrant community and dedicated partners, our goal is to level the playing field and usher in an explosion of content and services that will meet the diverse needs of the next two billion people online.'

It's expected that the 'first wave' telecoms providers will start releasing products midway through this year.