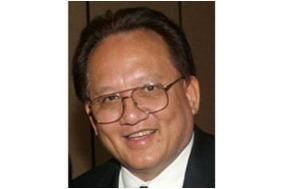 He joked to his audience at the Hometech show that his recent quote in Time magazine that he wasn't afraid of wireless "was a lie", and told US trade magazine TWICE that developing the Monster wireless system has "been a long road."

The system, to be launched in New York in a couple of weeks, uses an ultra wideband (UWB) solution, and will upconvert lower-resolution video to 1080p. “We believe any wireless system has to be 1080p,” Lee says, “Otherwise the wireless solution will be behind the technology. People expect from Monster that when we come out with something it will be right.”

“We'll upscale all different sources. There are two HDMI, an S-Video and a composite input. Everything coming out of the box will be 1080p.”

Compression is used, but it's said to be low-level, and while the system uses wireless transmission in-room, doing away with long interconnect runs for example from AV receiver to a projector or screen, room-to-room connections will still use cable.

The reason? Longer distance wireless is just too prone to interference from existing data networks and the like, even though the UWB system should take the signal out of the range of such devices.

Lee says the wireless solution will be available in retail outlets as well as to custom installers, "but it won't be inexpensive. We estimate $600 for one pair of boxes and $200 for each additional room."