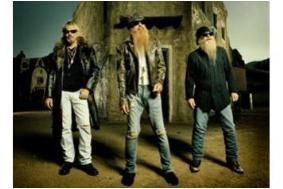 Taking place in Singapore in September around the Formula 1 night race, the three-night event has been put together by Formula One Administration, All The Worlds – a joint venture events operation involving Universal Music – and sponsor LG.

It's expected the performances will be broadcast globally over up to 188 'Formula One territories' – the countries in which the races are seen.

There's set to be an hour-long entertainment show, with 'unrivalled access into the glamorous world of Formula One with A-List celebrity interviews, TV stunts, unique performances and aspirational and lifestyle features'. The second show will be a music special.

LG will also be running a 'Golden Ticket' competition to win a VIP trip to the Singapore Grand Prix on its F1 website.