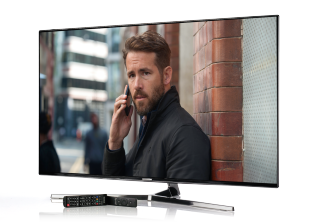 Samsung TVs will soon start using LG screens, according to one report. Bloomberg notes that LG Display (which is a subsidiary of parent company LG) will start supplying screens for Samsung televisions as soon as this year, quoting people familiar with the matter.

Samsung and LG are arch rivals - both are based in South Korea, and both manufacture a wide range of consumer products, including TVs, speakers and smartphones. So for a subsidiary of one to work as a supplier for the other is big news.

MORE: Samsung 2017 TVs - everything you need to know

Details of the deal are yet to be announced. Spokespeople from both LG Display and Samsung repeated earlier statements that they are in talks about coming to a suppliers' agreement, but as yet had nothing new to add.

Sakai Display Products (controlled by Sharp and Foxconn) will reduce the number of panels it supplies to manufacturers, possibly causing a shortage of screens this year, according to one expert. It's estimated that Sakai provided Samsung with 4 million large screens a year. LG Display is rumoured to beset to provide Samsung with 3 million this year.

Because of the shortage caused by Sakai, Samsung is demanding $429 million in compensation in a court arbitration in New York.

LG has also announced results for its 2016 fourth quarter, including a record period for its home entertainment company. LG attributed the record revenues to "strong sales of premium LG OLED and 4K Ultra HD TVs".