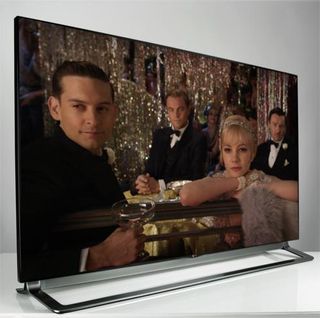 A consortium of Japanese manufacturers, broadcasters and communications firm is helping Ultra HD 4K TV take a leap forward with the launch of the "world's first" trial broadcast to households.

You might be thinking that Netflix, for example, already offers 4K content to US and UK viewers through to its online video streaming service, but this differs in that Japanese broadcasts are being made via satellite.

On these shores, the BBC announced that it was trialling the broadcast of Ultra HD 4K coverage from this summer's World Cup, but that won't be available outside the corporation's R&D facilities.

And that's where Japan is now hoping to steal a march, with Sky Perfect JSAT Corporation looking to broadcast 4K content on its Channel 4K for a reported six hours a day and free of charge.

The catch, however, is that it's thought only "outlets of consumer electronics mass retailers and some other places" will be able to show content "because of delayed commercialisation of tuners".

We've already seen some of this year's new TVs that support Ultra HD 4K content, while Sharp is set to launch its new Aquos TU-UD1000 4K recorder in Japan later this month for around £700.

With the commercial availability of 4K technology starting to gain momentum, the intention from Sky Perfect JSAT is to launch a fee-based service "as early as next spring" says The Japan News.

Katsuaki Watanabe of NexTV-F – leading the consortium – was quoted as saying: "Various countries are accelerating trials and the launch of new services using (4K and 8K) technologies."

In addition to developments in Japan, the forthcoming World Cup will see FIFA and Sony partner on the production of three matches in Ultra HD 4K, as well as the tournament's Official Film.

MORE: How to watch the 2014 FIFA World Cup on TV and online