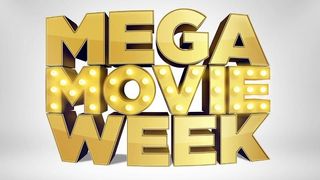 Christmas is over, New Year is done, but help is at hand to see us through the rest of the winter. It's Mega Movie Week 2020, and that means 4K films to download and keep, all for nothing but pocket change.

Head over to the iTunes Store, Rakuten, Chili, Sky Store, Google Play Movies & Film, Prime Video, BT and more and you'll find movie deals for as little as £2.99 up until the end of 26th January 2020. Yes, our weekend plans have just changed too.

Mega Movie Week is organised by Digital Entertainment Group Europe (DEGE) and the British Association for Screen Entertainment (BASE) and began in 2019 as a drive to bring lapsed digital film customers to the market.

Whatever your opinions on ownership vs rental, it's a good opportunity to grab one or two permanents for your digital collection. We can't always rely on our streaming services to have what we want, and certainly not at such knock-down prices.

There's everything from classics to new releases in 4K HDR and HD as well. Naturally, there's plenty to sift through, so we've saved you some time by picking out a few stone cold 4K bargains on superb films below.

We've included links to iTunes and Prime Video where available as, generally, these were the stores with the best resolution and prices but, if there's something specific that you're after, then make sure to shop around.