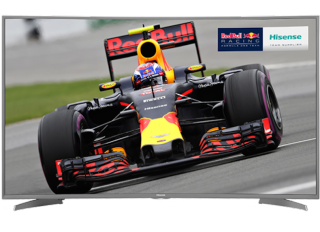 Of course, if you prefer your connections, there are physical inputs: four HDMI ports, two of which are HDMI 2.0, and three USB inputs including one USB 3.0.

While this isn't the only curved television that Hisense has made - the K720 and the XT910 have laid some ground for the company - it is the first at this price.