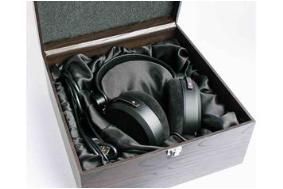 The HE5 cans sounded promising but sadly vanished as quickly as they arrived due to a few build issues, but Head-Direct does at least tackle these issues head-on with the new model.

Dubbed the HE-5LE, they feature a similar spec to the first model but the driver coating has been made thinner with the aim of improving bass frequencies, while driver cups are now made of plastic with a hexagon mesh.

The headphones still use planar magnetic drivers alongside an aluminium-coated mylar diaphragm suspended between a set of magnets.

Perhaps as a result, they're still power hungry and given the low impedance, low efficiency driver design Head-Direct advise you to 'pick up an amplifier that can deliver a serious amount of current'.

The HiFiMan HE-5LE is available to pre-order now at an introductory price of £500.