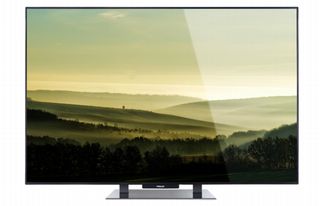 Finlux has announced a range of budget 4K TVs, with 50in, 65in and 84in models to be officially unveiled at this week's Gadget Show Live at the NEC, Birmingham.

As you'll notice, it's all relative when it comes to the price. While these sets are more affordable than those we've seen from the likes of LG, Samsung, Sony, they're still noticeably more expensive than full HD TVs on the market, as you'd expect.

We're used to seeing Finlux churn out cheap and surprisingly impressive TVs – such as the Finlux 40F8073-T – and now it seems the company is looking to repeat the feat slightly higher up the TV food chain.

The 65in Finlux 4K TV (top) is a passive 3D set, and comes with eight pairs of passive 3D glasses.

There's access to smart TV apps such as iPlayer, Netflix and TuneIn Radio; an integrated Freeview HD tuner; and USB PVR functionality, which means you can record programmes directly to a connected USB stick.

Jump up to the 85in television (above) and you get the added bonus of a free WiFi dongle and 2D-to-3D conversion. Final specs for the 50in TV are yet to be released.

These Finlux sets aren't quite as affordable as some of the budget 4K TVs released at CES, where we saw 50in models from Kogan and Polaroid for under $1000. We also saw a £500 39in 4K TV from Bush on sale in Argos, though this has since been removed from the site.

The Gadget Show Live opens to the public on Wednesday 9th April and is open until Sunday. You can chat to members of the review team on the What Hi-Fi? and Stuff stand at the show, and also hear our top 10 tech trends in our daily shows in the Hub Theatre.