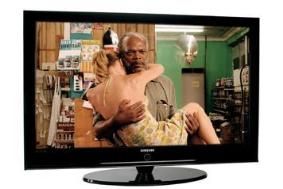 As we reported last month, Google TV product launches seem to have been kept to a minimum at the show after the launch of the service was met by poor reviews.

Samsung is one of the only manufacturers to persist with the release of a product, though details remain few and far between.

Referring to a 'Blu-ray player and companion Google TV box', Samsung is reiterating its commitment to release a device that seamlessly integrates the internet experience with your TV.

The box uses an 'Android based platform, which will include a variety of Internet services', including social networking, email and more.

There will also be a Google TV remote control complete with a full QWERTY keypad and voice search thanks to an internal microphone.

Release dates - '1st half, 2011' - and pricing seem up in the air, suggesting a Google TV powered internet TV revolution isn't right around the corner just yet.

More details as and when we get them.