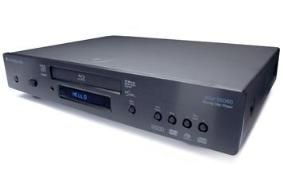 Selling for $779 in the US, the 650BD will handle Blu-ray, DVD, DVD-Audio, SACD and HDCD discs. It supports all the latest high-definition audio formats, and uses 24/192kHz DACs.

Power-up and loading speeds, long a bugbear of Blu-ray players, are claimed to be "among the most impressive of any Blu-ray player currently available".

It's Profile 2.0 as standard, upscales standard-definition sources such as DVD to 1080p and has dual USB ports so users can enjoy music, photos and videos transferred from their computers.

If you have a collection of multichannel SACD or DVD-Audio music discs, their high-resolution audio can be outputted via HDMI or the 7.1 analogue connections.

A Set-Up Wizard is designed to make calibration easier, and the player has redesigned wraparound casework and a thicker front panel to match the new Azur 650R multichannel receiver. Energy consumption in standby is said to be less than 1W.

There's video upconversion to HDMI, too, and the 650R is the first model to feature Cambridge Audio's Mic Controlled Auto Set-Up (CAMCAS).

Adjustable lip-sync delay, an FM/AM tuner with RDS and a pure analogue Stereo Direct mode for music playback are also included. Like the BD650, it comes equipped with a 'Navigator-style' Azur remote control.

Naturally we'll be pestering Cambridge Audio to get our hands on these two new models as soon as they arrive in the UK.

For more pictures of both models, see our special blog