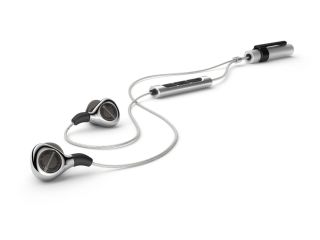 Beyerdynamic has a wireless version of its premium Xelento remote in-ear headphones in the works, The Verge reports. Called Xelento Wireless, they keep the in-ear design and use Bluetooth to receive tunes from a source without the need for a cable.

However, there is one aspect we're not so sure about. The Bluetooth components and rechargeable battery are housed in a cylindrical section that sits at the end of a much shorter headphone cable. This dangles around your chest, which could be annoying if you want to go running, say. There is a clip to fit it to your clothing, but it's still likely to get in the way a lot more than other wireless pairs like the Bose SoundSport Wireless.

But there is an upside to this design. It means you can plug in a 3.5mm cable when the battery dies, so you can keep listening (albeit in a wired capacity) when the juice runs out.

Though with five and a half hours of run-time from a single charge, you'll be going some to outlast the battery.

Bluetooth aptX HD is on board for superior sound quality, and if your phone doesn't support it the Xelento Wireless can intelligently switch to regular aptX or AAC.

We're still waiting on official details, but early reports say Xelento Wireless will cost $1,199 (£926), which is a little more than the regular Xelentos. Beyerdynamic has confirmed to us that they'll be officially unveiled at High End 2017 next week and will go on sale in July.