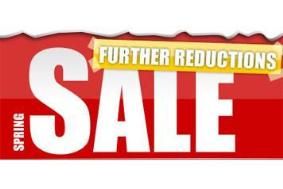 'Lowest ever prices on big box sets' is the theme on HMV.com, with some big price cuts on some of your favourite TV series and film boxsets. Allow us to round-up some of the eye-catchers:

Play.com meanwhile is still going crazy on DVDs and Blu-rays, slashing prices on selected movies to leave some serious bargains. Read and click to be parted all too easily from your cash:

If you want to save up to 50 per cent on a new pair of headphones, then Play.com has some tasty offers on those too, as you'll find here.

And if you fancy spending some serious cash, then how about treating yourself to a new TV, Blu-ray player or something else to feed your tech cravings? Here's a selection from Amazon's home entertainment sale:

There are plenty more deals out there – and of course, other online retailers are available – so let us know if you spot any real bargains in the comments section below, and happy hunting...