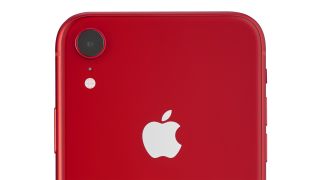 Apple will begin developing its next cheaper, smaller iPhone next month, according to Bloomberg sources.

'People familiar with the plan' have reportedly told the publication that Apple is expected to unveil the new lower-cost phone in March, no doubt in order to cover more of the phone market before its first 5G iPhone, the unconfirmed iPhone 12, is launched later this year.

The handset will be the first lower-cost iPhone since the iPhone SE, which was launched back in 2016 with a 4in screen and at a cost of £379/$399. The sequel, which is rumoured to be called the iPhone SE 2, will supposedly look similar to 2017's iPhone 8 and sport a 4.7in screen. Other expected features include a Touch ID home button and the same processor used by the iPhone 11.

Naturally an Apple spokeswoman declined to comment, so we'll have to sit and wait patiently for official confirmation of the phone from the Cupertino company.

The arrival of any such cheaper iPhone in spring would precede the announcement of four new expected flagship iPhones in September 2020. Rumours suggest they would span 5.4in, 6.1in and 6.7in screen sizes – all of which are said to be OLED.

The 6.7in model, and one of the two 6.1in models, will supposedly be the high-end variants, the iPhone 12 and iPhone 12 Pro, with triple-lens cameras and 5G capability. The smallest 5.4in model and the cheaper 6.1in handset will be classed as 'affordable' iPhones. If that comes to pass, the 6.7in will be the largest (and likely most expensive) iPhone ever released.