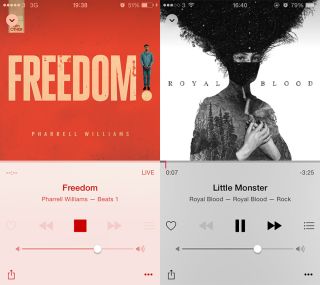 Just over a month after the launch of Apple Music, the company has revealed 11 million people are signed-up and using the three-month free trial.

Cue also added that 2 million of those 11 million people had opted for the family plan, which allows for up to six people to use the service for £14.99 per month.

Apple Music's streaming rival, Spotify, announced it had 20 million paying subscribers and 75 million active users back in June. This dwarfs the number of subscribers on rivals such as Deezer, Rdio, Tidal and Qobuz.

Despite some positive reviews - such as the What Hi-Fi? Apple Music review - Cue said he was aware of some problems: "We're aware that some users have experienced some issues, and we hate letting them down, but we're releasing updates as fast as we can to address those issues.”

Apple Music is offering a three-month free trial, after which the cost is in line with the rest of the streaming industry.

It remains to be seen how many users will choose to pay after the trial, there's no free subscription once the trial ends, though with more than 800 million iTunes accounts, Apple is no doubt quietly confident.