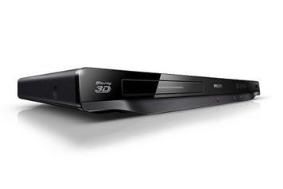 Both the 5000 and 7000 players feature the company’s new Smart TV entertainment hub, allowing you to stream music and video as well as access on-demand Net TV content.

At the more affordable end of the market is the 3000 Series, also billed as wi-fi ready, capable of delivering HD audio and with DLNA streaming and a USB input.

All three players are DivX Plus HD certified and promise ‘one of the widest ranges of audio and video formats available’.

We will confirm availability and pricing just as soon as we get it.