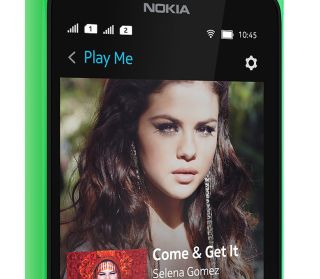 Android smartphone production will end, while Xbox Entertainment Studios is expected to close and end a move into original video programming – months after announcing a joint venture with Channel 4 called Humans.

But one element that looks as if it will be surviving is Nokia's MixRadio music streaming service – launched in the UK and other countries last November. And it looks as if it'll be going it alone as a standalone company.

In an interview with Music Ally, MixRadio chief Jyrki Rosenberg said the service was "planning a spin-off"; a move that could lead to the development of iOS and Android app versions, in addition to Windows Phones.

That remains to be seen, but Rosenberg added: "I’ve been meeting with potential investors around the world in the last few weeks. We have very strong interest from investors in the US, Europe and Asia, and we remain open for further discussions."

MixRadio is currently pre-installed on Lumia-branded handsets and is billed as a "radio station that always knows the music you want to hear", personalising your listening experiences based on how often you listen.

It launched as a free service, but a premium paid-for model was introduced in January 2013 that offered higher quality audio and the ability to skip tracks as many times as you wanted, among a number of other features.

Despite its plans to spin off from Microsoft, Rosenberg told Music Ally that it would still maintain a business relationship with the tech giant – but we wait with anticipation to see what lies in store for an independent MixRadio.