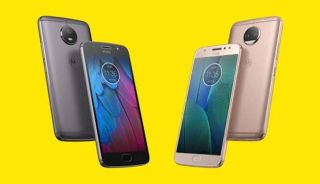 Were the Moto G5 and G5 Plus not special enough for you? Well, then your prayers have been answered with the Moto G5S and Moto G5S Plus (the S, presumably, standing for 'special').

You know what else begins with 'S'? Specs! So let's get into them: the Moto G5S and G5S Plus have a 3000 mAh all-day battery (200 mAh more than the standard G5), with quick charging so you can get a five hour battery life in just 15 minutes (according to Moto, that is).

If you're thinking about taking a lot of snaps, the G5S has a 16-megapixel camera on its back (3 megapixels more than its predecessor) with phase detection autofocus (PDAF) for faster focusing, while the G5S Plus has dual 13MP rear cameras for a bokeh background.