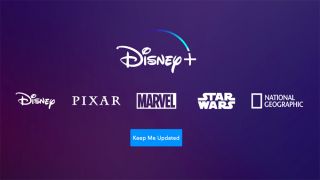 We're just weeks away from the launch of Disney's $6.99/ month video streaming service, and to keep that fact at the forefront of our minds, Disney has tweeted an 11-second video to its Disney Plus Twitter account that shows, as its caption says, "basically everything" that is coming to the service in the US. It also serves as a reminder that subscriptions are available to pre-order now, of course.

Disney has made perhaps the most informative 11-second clip it could have, flashing tens of titles in front of your eyes. Naturally, there's plenty we'd expect from Disney, Pixar, Marvel, Star Wars and National Geographic+: Snow White and the Seven Dwarfs, Captain Marvel, Toy Story, Tangled, The Incredibles, Aladdin, Avengers, Beauty and the Beast, Guardians of the Galaxy and Ant-Man etc.

The Mandalorian, a space Western series set within the Star Wars universe and scheduled to premiere on the service on November 12th, is also featured in the montage, natch.

And the Tweet's thread reveals even more titles, which include plenty of classics (The Adventures of Ichabod and Mr. Toad? Yes please) and is definitely worth your procrastinating perusal this afternoon.