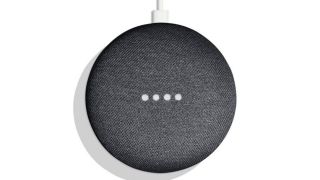 Google is reportedly launching a second-gen version of its cheapest smart speaker, according to 9to5Google sources.

The Google Nest Mini will succeed the Home Mini and commit to Google's new 'Nest' smart home branding, which, it announced in May, would be what its new smart home products would now fall under.

The report details a smattering of alleged features in the new, affordable smart speaker – and it's good news for anyone who's thinking of building a Google smart ecosystem on a budget. According to the publication's sources, the Nest Mini will have an improved sound capable of more volume and bass.

There will be a 3.5mm audio jack too, bringing it in line with the rival Amazon Echo Dot – although it's unclear at this stage whether this will be a regular audio input for tethered music playback from a source, or an output that connects to speakers much like the now-defunct Chromecast Audio.

If those advancements are true, that would nicely clear up two of our three criticisms of the Home Mini, which were average sound quality for music playback and the lack of an alternative means of connection to wi-fi. The third was room for improvement where device support was concerned – but since our initial review Google has made progress here.

With the Nest Mini, we could therefore be looking at the perfect affordable entrance into the Google smart home.

Finally, the Nest Mini is expected to be of similar shape and size ("perhaps slightly larger") – so still hockey puck-like, then – and will sport proximity motion sensors that allow it to display current volume levels when it detects someone approaching. An official Google wall-mount could be on the cards too.

As for a Nest Mini release date, Google is expected to reveal new products, such as its flagship Pixel 4 smartphone, in October, so we shouldn't have long to wait.