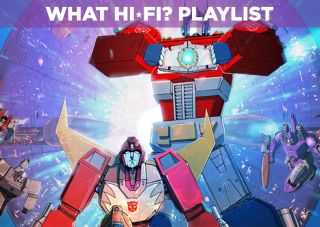 2016 marks the 30th anniversary of Transformers: The Movie, the original film of the popular '80s cartoon.

The 'robots in disguise' have never been far away from TV screens in the years since, thanks to a number of animated shows throughout the '90s and then the explosive return to public consciousness in 2007 courtesy of the first Michael Bay Transformers film.

And despite the undoubted technical quality of those films, and indeed popularity, we’d happily rank this original above each and every one of Bay’s efforts.

Set in the year of 2005, the Autobots are – as always – at war with the Decepticons. The latter has taken control of the Autobots home planet of Cybertron, but there’s a larger threat on the horizon as a huge transforming planet called Unicron (voiced by the equally huge Orson Welles) is devouring everything in its path and heading straight for Cybertron. The Autobots only hope lies in using the Matrix of Leadership against Unicron. But can they reach Cybertron in time?

Even now, some thirty years later, Transformers remains surprisingly dark for a children’s film. Perhaps it’s just us, but seeing our favourite transformers - Ironhide, Ratchet and Wheeljack – reduced to smoky husks before our very eyes (or in some cases disposed off-screen), remains a traumatic childhood memory.

While our older selves can (just about) reconcile that memory (Hasbro discontinued several characters for a start), the film mixes darker moments (executions, robots melting in vats of molten lava), with jokes, making for a rather uneven tone.

Perhaps thankfully, the narrative moves at breakneck speed from action scene to action scene, giving you scant reason to stop and think.

This release is the result of a new transfer from a restored 4K print. So we'd wager it's the best the film has ever looked, though it’s not without issues.

The image is for the most part bright, sharp and clean. Thirty years later and the artwork of the animation still looks great, the new transfer having given the film a new lick of paint.

There’s plenty of film grain at the beginning but that settles as the film goes on. However there are still scratches and dirt to be found, and at a couple of points in the film – the first where Hot Rod and Spike are introduced – the image loses focus.

The soundtrack isn’t particularly demanding. Both the DTS-HD Master Audio 2.0 and 5.1 tracks are rather condensed, with little depth, and sound effects don’t have the impact you’d expect.

Dialogue is audible and the intonations of the voice actors are distinct from one another. The film’s score, by Vince Dicola, and the '80s rock and punk tracks that punctuate the film, remain terrific fun.

MORE: 9 brilliant Blu-ray discs to test your system this Christmas

Nostalgia will no doubt play a part as to whether you part with cash for this 30th Anniversary edition, while hardcore fans are likely to have snapped this version up already.

But it remains an easy, enjoyable watch in its own right and for the most part looks as good as you could expect for a 30-year-old animated film.

And, despite all of Michael Bay’s explosive efforts, he still hasn’t made a Transformers film as fun as this one.