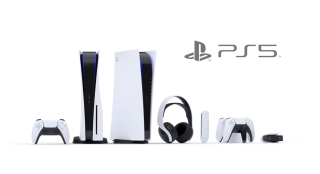 You wait ages for a next-generation PlayStation, then two come along at once. Because Sony has not one but two new games consoles ready to debut this winter: the PS5 and PS5 Digital Edition.

The main difference between them? One has a disc drive, and the other doesn't. That means the disc-less Digital Edition will only be able to stream games, films, music and TV shows, rather than running them straight off a CD, DVD or Blu-ray. But that's not the only thing to consider when deciding which is best for you.

Here we'll run down all the major factors to take into account to help you decide on a new console.

Sony is yet to announce the price of either the PS5 or the PS5 Digital Edition. But we have a pretty good idea of what to expect.

Firstly, it's fair to assume that the disc-less Digital Edition will be cheaper than the 'full-fat' version. That was the approach Microsoft took with its Xbox One S and Xbox One S All-Digital Edition. After all, if you're getting less functionality, it surely follows that you should pay less, right?

So if you want to save a bit of money, the PS5 Digital Edition should be the obvious choice.

As you can see from the photos, the main difference between the two consoles looks-wise is that one has a disc drive, while the other doesn't. This also allows the Digital Edition to be slightly slimmer towards the base.

But they both have the same distinctive design elements, namely a high, white-collared shell that's separated from the black body of the unit by finned gaps to aid ventilation. Rather than hide this functional element, Sony has highlighted it with soft blue lights, succeeding in making a feature out of it.

They should both have very similar dimensions, too, meaning either will tower over other consoles when positioned vertically.

Aesthetically, the PS5's is a striking design that has split opinion. But we like it.

While it's not confirmed, both the PS5 and PS5 Digital Edition are thought to offer performance parity, so we're expecting the PS5 Digital Edition to have the same specs as the standard PlayStation 5 (minus the disc drive). That means 8K video support (though only to an extent), a frame rate of up to 120fps, and HDR (possibly even HDR10+ or Dolby Vision, if we're lucky.)

Both could also be pretty special on the audio front, with Sony claiming the PS5 will set a new 'gold standard' in audio. It's thought this means it will support Sony's 360 Reality Audio technology to deliver truly immersive, 360-degree soundscapes. But Dolby's rival Atmos technology could also be employed, maybe for TV shows and films. Watch this space...

Otherwise, we're most probably looking at the same AMD Zen 2-based CPU, the same 16GB GDDR6 / 256-bit memory, and the same 825GB of solid state storage. That solid state drive could quickly be filled up with games – PS4 titles average about 40GB in size, and more advanced PS5 games are only going to get bigger – but an external hard drive should help.

Just as Microsoft did with the Xbox One S All-Digital Edition (and will probably do again with the disc-less Xbox Series S), it looks like Sony is playing it smart with the PS5 Digital Edition; the only difference between it and the standard PS5 will be the disc drive and price. So which console is right for you really comes down to whether you can live without disc support.

If you want your games console at the heart of your entertainment set up, to frequently double as a DVD/Blu-ray/CD player, you'll likely want the full-fat PS5. If you use your console purely for gaming, however, or have a speedy and robust internet connection for streaming and downloading and can cope with storing games digitally rather than on disc, the Digital Edition could save you a fair bit of money.