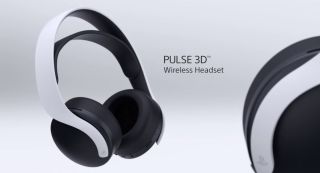 Sony has officially unveiled its next-gen PS5 console – complete with game-changing 3D audio that promises unprecedented levels of sonic immersion. But what exactly is PS5 3D audio? How can you get it, and why is it a breakthrough?

The Sony PS5 is clearly an incredibly powerful games console, but the way it handles audio is arguably just as impressive as the way it handles graphics. This is all down to the PS5's proprietary 3D audio engine, called Tempest, which delivers vivid, object-based 3D sound in games.

Rather than use a 3D audio technology such as Dolby Atmos, Sony has chosen to develop its own proprietary 3D audio format for the PS5, just as it created the 360 Reality Audio format that it used for music.

In short, the PS5 should transform your gaming experience though 3D audio. Indeed, Sony says the effect is so powerful that you'll be able to hear where individual rain drops are landing in a game's environment.

Stereo and surround sound have their own unique advantages but, for gaming, nothing beats 3D audio. In simple terms, 3D audio allows you to hear sounds as if they were happening around you. It puts you – the gamer – centre stage and brings added intensity to every scene.

Whereas earlier games consoles simulate 3D audio by increasing the volume of an effect as your on-screen character moved closer, 3D audio deploys timed effects, using a host of clever audio algorithms to create natural, true-to-life soundscapes that trick your brain into pinpointing the precise location of each and every sound.

Sony says that the PS5 uses object-based spatial sound technology to create some of the most advanced 3D audio available. It's an expansion of the technology used in the PSVR virtual reality headset, which is capable of replicating 50 sound sources. The PS5 bumps that to hundreds of intricate sounds – and in better quality, too.

All of which means that PS5 game developers can design scenes around audio as well as visuals, sonically painting a 3D canvas dripping with detailed acoustics that supercharge the action.

Take rainfall, for example. Today, the sound of rain in a game is a single audio track. But Sony says the PS5 would be capable of letting you hear individual raindrops, in relation to where your character is positioned in the game's landscape.

And imagine a first-person shooter with PS5 3D audio: you'd be able to hear the spine-chilling footsteps as someone crosses a room on the floor above you...

In short, the plan is that PS5 3D audio will one day work with the kit you already own, but there are unanswered questions around this, such as what the delivery format will be and whether there'll be minimum spec requirements. It seems unlikely that every sound system will be capable of delivering PS5 3D audio and inevitably the quality of the experience will vary wildly across different devices. A full surround sound system delivers better Dolby Atmos than an integrated speaker system on a TV, and you've got to imagine the same will be true with the PS5's 3D audio.

Sony may well launch speciality PS5 3D audio hardware in the future, with the aim of maximising the effect of the technology. Indeed, Sony recently announced that the PS5 would launch with the Pulse 3D wireless headset (an optional extra).

What is the Tempest Engine?

Sony is making a big deal of equipping the PS5 with the Tempest Engine, which uses a completely re-engineered AMD graphics chip to process audio from hundreds of in-game sound sources, thus delivering elevated 3D audio without the need for an expensive multi-speaker set-up.

If you want to hear about it from the horse's mouth, click below to watch the audio portion of PS5 lead architect Mark Cerny's PS5 technical deep dive. But beware, it really is dense stuff, so we've simplified it below, if you'd prefer to keep reading.

Problem is, everyone's ear canals are different, thus everyone's HRTF is different, and everyone hears 3D audio differently (some may not be able to discern spatial audio at all).

To get around the problem, Sony has created five HRTF profiles for the launch of the PS5, based on data from over 100 people. The PS5 will help you find the best profile and personalise it to get the optimum 3D audio effect for your ears.

However – and this is where things gets seriously interesting – Sony hopes to find a way to gather individual HRTF data in the future. That would allow the PS5 to provide each and every gamer with 3D audio that would be unique to the shape of their ear.

According to Cerny: "Maybe you’ll be sending us a video of your ears and your head, and we’ll make a 3D model of them and synthesise the HRTF. Maybe you’ll play an audio game to tune your HRTF, we’ll be subtly changing it as you play, and home in on the HRTF that gives you the highest score, meaning that it matches you the best... Ultimately, we’re committed to enabling everyone to experience that next level of realism."

That certainly sounds like a worthy goal to us, but there are drawbacks to Sony's approach to audio.

If you can indeed enjoy PS5 3D audio by simply plugging a pair of standard wired headphones into the DualSense controller, it will be great from the perspective of making it available to all. But telling someone with a full Dolby Atmos speaker system costing thousands that they need to use headphones to get the best sound is going to be rather galling, even if it's just for the short term.

And will PS5 3D audio really be compatible with lots of standard home cinema products in the future? That certainly sounds like a huge undertaking to us - it's not as if Sony's 360 Reality Audio format for music has gone far and wide in terms of devices.

There are still short-term questions that we don't have answers to yet. Is the Pulse 3D headset the only way to get PS5 3D audio, or will standard wired headphones plugged into the DualSense controller work? What about standard wireless headphones? How about PS4 headsets such as the Platinum Wireless Headset (which already delivers a more rudimentary form of 3D audio)? Will some headphones deliver 3D audio more effectively than others?

We're pursuing answers to those questions and will report back as and when we get them. In the meantime, we're exceptionally excited about Sony's commitment to delivering more immersive 3D audio with the PS5. This really could be game-changing technology.

PS5 price and pre-orders: how much will the PlayStation 5 cost

What is Apple spatial audio?